Inspiration in His Artistry 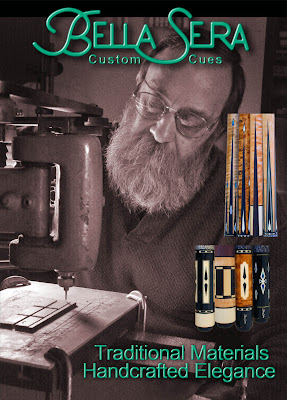 Often, I'm called upon to produce photographs that lead to an inspirational experience. This shot of Wayne Anderson is a prime example. Wayne is someone whom I've known for many years. We originally met when he was among a group of my older brother's college partying friends. Our original meeting was less than inspiring as my brother's friends were pretty hardy partiers for the sixties. Or so it seemed to me at the time. I was still in high school and hadn't begun developing the more playfully adult social skills (talents?).
I attempted to remedy this a few years later, when after graduating, I again encountered a few members of the group and fell under their influence and guidance for a short while.
Many years passed before I would again hear of Wayne, but this time, related to his reputation as a craftsman. It was during one of my occasional calls to "touch base" with Wayne, that he asked me to produce photos to accompany an article about him in a national trade magazine. I was happy to have the opportunity to capture him at work, though I'd hoped for sometime to take on the task. As anyone can see, he offers much to the character of a photograph with strong features set off by the color and texture of his classic beard. He could pass for a guild member in any era. Seeing how he produces the finely detailed features, working with all manner of fine woods, more than set the solemn mood I hoped to portray with him and his special tools.
This image is a spec poster I proposed, but that Wayne's modesty prevented from being produced. I can see now that at his level in the industry, he needn't stimulate more business lest he spend less time per task and risk compromising;the quality of his work. Seeing the refined nature of his work, it is easy to be overwhelmed by its appeal. I rarely have an opportunity to play, but whenever I think about it, my fantasy is to approach the table with one of Wayne Anderson's splendidly custom-crafted Bella Sera cues.

Any person or persons, institution, government agent or agency including, but not limited to, the United States of America using or monitoring this website or any of its associated websites must request permission, in writing, for use of any information or other content contained herein including, but not limited to photographs, comments made about the photographs or any other art posted on this website at any time.
The content of this profile is private, legally privileged, confidential information. Violation of privacy is punishable by law. UCC 1-103 1-308
Copyright © Phillip Messinger 2022, ALL RIGHTS RESERVED.